Season of the Haunted is here and with it a brand new Trials season! Season 17 brings a whole new armour set to the Trials of Osiris usually, the Endgame PVP mode brings armour with Egyptian inspired golden armour but this time it seems Bungie has broadened their horizons and given us more Animal themed golden armour. For example the hunters this year have a monkey themed helmet and the Warlocks seem to have some kind of winged animal for their helmet. Bungie also announced two brand new weapons coming within the mode, one being a sidearm called The Forgiveness which can roll with the brand new perk known as well rounded and can also roll with the returning perk air assault which could be an absolute must have with the new airborne changes Bungie has added to the crucible. The other Trials weapon being added in the Season of the Haunted is called Burden of Guilt which is an adaptive fusion rifle which can also get some interesting rolls. Both of these weapons also have an adept version which is rewarded via going to the lighthouse with a flawless Trials of Osiris card and opening the chest, allowing you to equip your adept mods enhancing the weapon's capabilities. Falcon's Chase Sparrow is another piece of gear added to the Season 17s trials loot pool. You can also spot a ghost within the image showcasing the brand new Trials of Osiris gear. Both of these cosmetic items will be replacing the current cosmetic ghost and sparrow within the Trials of Osiris loot pool, therefore, making that previous sparrow and ghost unobtainable until Bungie decides to return them. With the return of the mode on June 10th 2022 freelance and capture zone trials will no longer be known as labs game modes, therefore, cementing their place within the game mode for the foreseeable future!

Trials is the most competitive PVP mode. It's a tournament based game mode requiring 7 straight wins to achieve "flawless" within the game mode. Flawless is the ultimate goal within the Trials as that allows you to receive the best loot the mode has to offer.

1. Once you place your order, your order will be assigned to a professional booster.
2. Next, you will be contacted via SMS / Email to establish a start time for your boost.
3. Your booster will plan the service according to your time schedule.
4. No waiting or unnecessary chatting with managers or admins unless you have any questions.
5. When the order will be finished, you will again be notified via SMS / Email.
6. Tell us your feedback by leaving a review and receiving 10% off for your next purchase.

We don’t use any programs or cheats during boosts. All services are done by hand and contracted boosters.

Trials of Osiris is here and with it bringing LOOT! Trials is an endgame PVP mode that brings some of the most high end, high tier weaponry and weapon mods the game has to offer. Upon going flawless within the playlist you are rewarded with the opportunity to receive rewards such as the weekly adept weapon, the Trials of Osiris exclusive ship or sparrow, and ghost shell as rewards for your triumph, however, they're incredibly rare rewards.

The current loot pool for Trials of Osiris contains many weapons such as the following: The summoner auto rifle, The Scholar scout rifle, The messenger pulse rifle, Igneous hammer hand cannon, Shayura's wrath sub machine gun, Astral horizon shotgun, Exiles curse fusion rifle, Eye of Sol sniper rifle, Sola's scar sword, Tomorrow's answer rocket launcher, Reed's regret linear fusion rifle. With the loot pool being increased every season there is plenty of loot to be obtained and sought after from the game mode itself. Also, all of the listed weapons have adept versions which are rewarded from the lighthouse chest and are available to slot the associated adept mods such as adept Icarus and adept big ones. 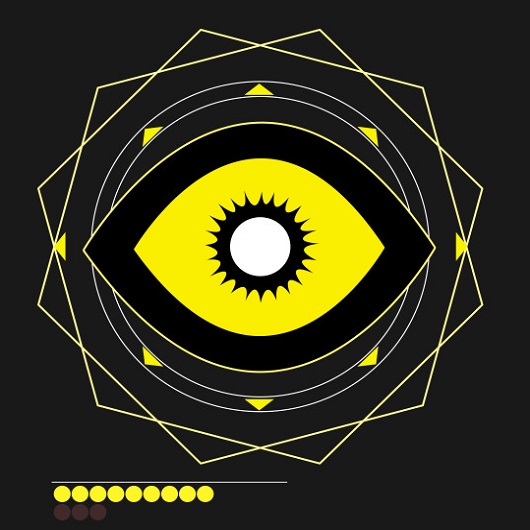 Trials of Osiris also has its own unique armor which it rewards, with every year of Trials Bungie will be releasing new weapons and armor for players to chase, so far we have had 2 armor sets and they're only available for the current Trials season they're released in. This year we have the Pyrrhic ascent armor set and last year we had the Exile armor set returning from Destiny one. With the release of Witch queen, we will likely be seeing a whole new set and plenty of new weapons to grind out.

Contrast between players (PvP)
Lord Shaxx is back as the Crucible's NPC "Handler," where player versus player combat is included much like in the original. Six-versus-six, three-versus-three, and a temporary two-versus-two game style were all included in the original Destiny's Crucible. As Bungie shifted their attention to smaller teams for competitive multiplayer and improved map creation, all game modes were four-versus-four at launch. However, Quickplay modes subsequently changed to six-versus-six. In Crucible game modes, player characteristics like weapon power and defense are evenly distributed amongst players, much like in the original. Players may now see whether an enemy is supercharged or equipped with power ammo thanks to an update to the in-game HUD. Players currently have a choice of four rotating playlists, six-player Free-for-All rumble, freelance survival (a kind of survival where players cannot select the friends on their team), traditional mix, and private matches.

Trials of the Nine took the place of the previous game's Trials of Osiris. Trials of the Nine starts on Friday and finishes with the weekly reset on Tuesday, just like Trials of Osiris. The game mode for this new Trials, however, has altered; now, Trials of the Nine alternates each week between Countdown and Survival from Destiny 2, replacing the previous Trials' Elimination mode. For the four days of Trials, there is only one map presented, although it also changes every week. In contrast to the Trials of Osiris, players in the Trials of the Nine can reach the social hub, The Spire, which is based in uncharted space, by finishing a match of Trials and earning Trials tokens. The Emissary of the Nine, an NPC that players will encounter there, will trade tokens for equipment. Access to the higher tiers of the social sphere, each with better rewards, is gained by accruing three, five, and seven wins on the scorecard, respectively. Obtaining seven victories flawlessly enables entry into a special region with considerably larger benefits. Scorecard reset after three defeats. Players need to have completed the campaign, reached Lord Shaxx's "Call to Arms" milestone, and have a Power level of at least 260 in order to unlock Trials of the Nine. [17][18]

The sequel included a return of the first game's sporadic competitive PvP Iron Banner mode, which prevented the balancing of players' equipment. Iron Banner in Destiny 2 does not, however, disable balance since, according to Bungie, "Your fighting skills, not your power levels, will decide the outcome." After the release of Forsaken, this was modified, and balance was disabled much like in the first game. Similar to the original, Iron Banner has daily goals to meet during its one-week duration. To access Iron Banner, which has Lord Saladin from the original game as its NPC, players must have finished the campaign and be level 20. [19]

Gambit, a brand-new PvP action, was debuted in Destiny 2's second year. The objective of this activity is to pit two teams of four players against AI opponents from one of the game's various factions or races (Cabal, Fallen, Hive, Vex, or new with forsaken Scorn), defeat them, take their motes, and then bank them. A different size blocker will spawn on either side for every five motes held, up to a maximum of 15 motes at once. A Taken Vex Goblin will appear as a minor blocker after 5 motes, a Taken Fallen Captain after 10 motes, and a Taken Hive Ogre after 15 motes. At various moments during the game, an invasion portal will appear, allowing a player to invade the opposing team and take out other players who are carrying motes. The boss will come when a team has collected a total of 75 motes; the round is won by the team who defeats the boss first. Three rounds are played; the best three results win. A new version of Gambit called "Gambit Prime" was introduced during Season of the Drifter. The idea is the same, but 100 motes are now needed to spawn the boss. When there are several blocks, the level advantage is activated and the team bank begins draining and increasing the overall mote count for the opposing team.

Trials of Osiris Self play

Trials of Osiris has received a new focus from Bungie recently as they attempt to revitalize the game mode with plenty of new changes from community requested changes to their own ideas which they're beginning to test with the new Trials labs game mode. On occasion, Bungie trials of osiris boost will be using the Trials labs to test out specific modes during Trials such as control and other objective type modes to see how the community reacts and enjoys the playlist change. They're also taking a step further to make games more competitive by bringing forward a "Flawless pool" for players once they've gone flawless.

This hasn't been met with the best reception but we applaud Bungie for trying and making changes where needed. One of the biggest changes is the removal of Trials tokens and the addition of Trials ranks, allowing for players to rank up and reset their reputation at saint 14 similar to lord shaxx and the crucible, you will receive extra trials rewards and materials via this form of progression. There is also a new system similar to the umbral system we have but instead for trials, allowing you to turn in a 7 win ticket and a trials engram for the weekly reward. 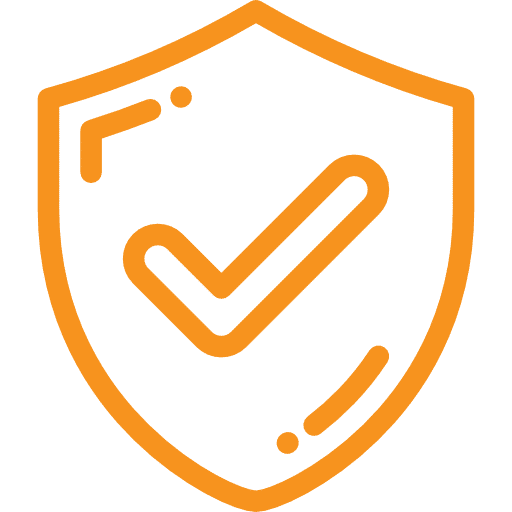 We use in-house VPN services to hide the IP of the booster to better protect our clients and our boosters. 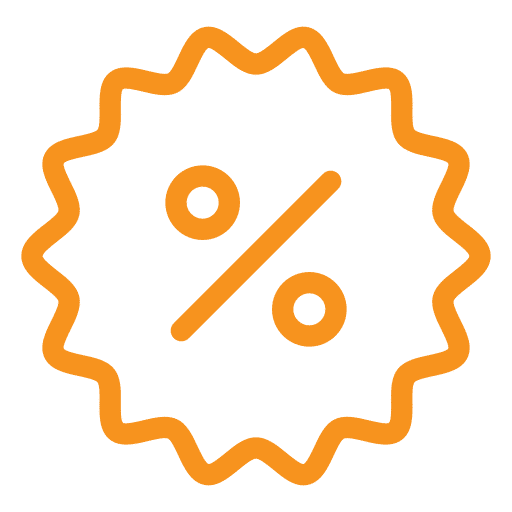 We have a structured points system for our customers to earn discounts on future purchases. Get great deals with our rewards. 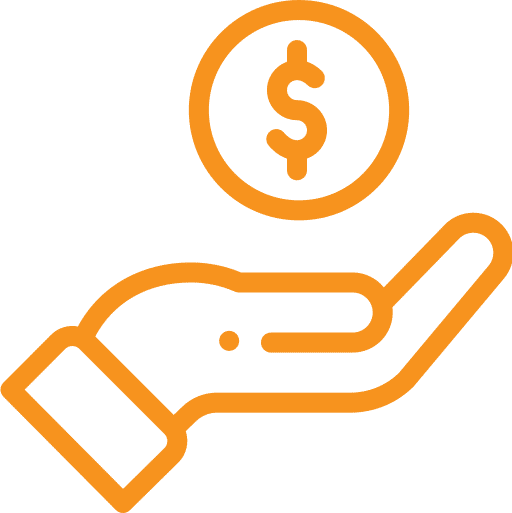 We regulary review and adjust our prices to wither match or beat our competitiors. Why pay more with others? Choose us! 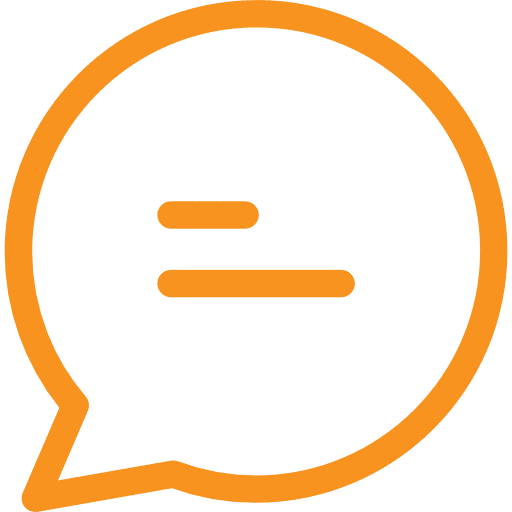 We have support 24 hours a day, 7 days a week. Our staff is located through out the world to cover every timezone.

116 reviews for Trials of Osiris Boosting

Add a review Cancel reply
My cart
Your cart is empty. 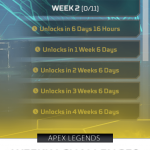 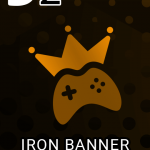 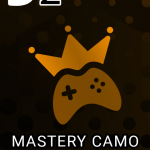 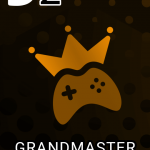